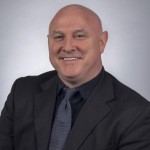 As issued January 2015, a multi-pronged proposal to reform regulations comes from the Competitive Enterprise Institute, as assembled by its Vice President for Policy, C. Wayne Crews.

The full report is below, which details each of these key recommendations:

◆ Make greater use of the Congressional Review Act (CRA) to rein in agency overreach.

◆ Pass the Regulations from the Executive In Need of Scrutiny (REINS) Act, requiring Congress to vote on major rules—those with estimated annual costs of $100 million or more.

◆ Require creation of a Regulatory Transparency Report Card to tally up regulatory cost estimates in a single publicly-accessible document.

◆ Pass the National Regulatory Budget Act, including creation of an Office of Regulatory Analysis.

◆ Create a Regulatory Reduction Commission, requiring it to convene periodically.

◆ Augment the regulatory review process with sunsetting and one-in-one-out rules.